Dev9t (Nine) is the name of the arts festival that lasted five years altogether, and for three years, I was
part of the artistic team that organized the festival.
In addition to works of foreign artists, we also exhibited the works of some of our best sculptors, such
as Svetomir Basara, Mrdjan Bajić, Ladješić, Ivan Gračner, Mića Stajčić, and others.
Using personal contacts, we got in touch with Marina Abramović, and in agreement with her, we
devised an interesting concept, which served as an introduction for her retrospective exhibition at the
Museum of Contemporary Art in Belgrade.
Dev9t hosted thousands of artists from Serbia and the region and from around the world. The nine-day
arts festival was long enough to create a very strong energy and a significant platform for the
exchange of ideas and experiences.Dev9t was a peculiar mixture, an artistic form, which developed over the years and gained
international recognition.
The festival took place at Stara Ciglana (old brickyard), in the once thriving industrial zone, which
belonged to the large and world-successful typically socialist company Trudbenik. Due to the
circumstances caused by the coronavirus pandemic, this large-scale project slowed down and had to
be reshaped, so now it is looking for new modern platforms. Every year, leading domestic media,
newspapers, radio and TV channels with national frequencies, as well as relevant alternative media,
covered the events and the program at the festival.Dev9t also stood for the nine arts: literature, theater, film, painting, sculpture, dance, comics, music,
and architecture, and showed that even without lots of money, but with lots of energy, responsibility
and knowledge, this thing with art and artists can succeed and make a breakthrough.
Photographs that won the Pulitzer Prize award.
Collaboration with the Goethe Institute.
A large area covering 3,200 square meters, which was previously served as a clay depot in the
brickyard, in which large hills of land remained, was used and turned into an art gallery space of quite
unusual appearance.
Every year, there were large-size sculptures that stood on these mounds of earth, brightly illuminated.
Over the course of five years, about 100,000 people visited Dev9t, which makes it the largest and
most interesting independent art project in this region. 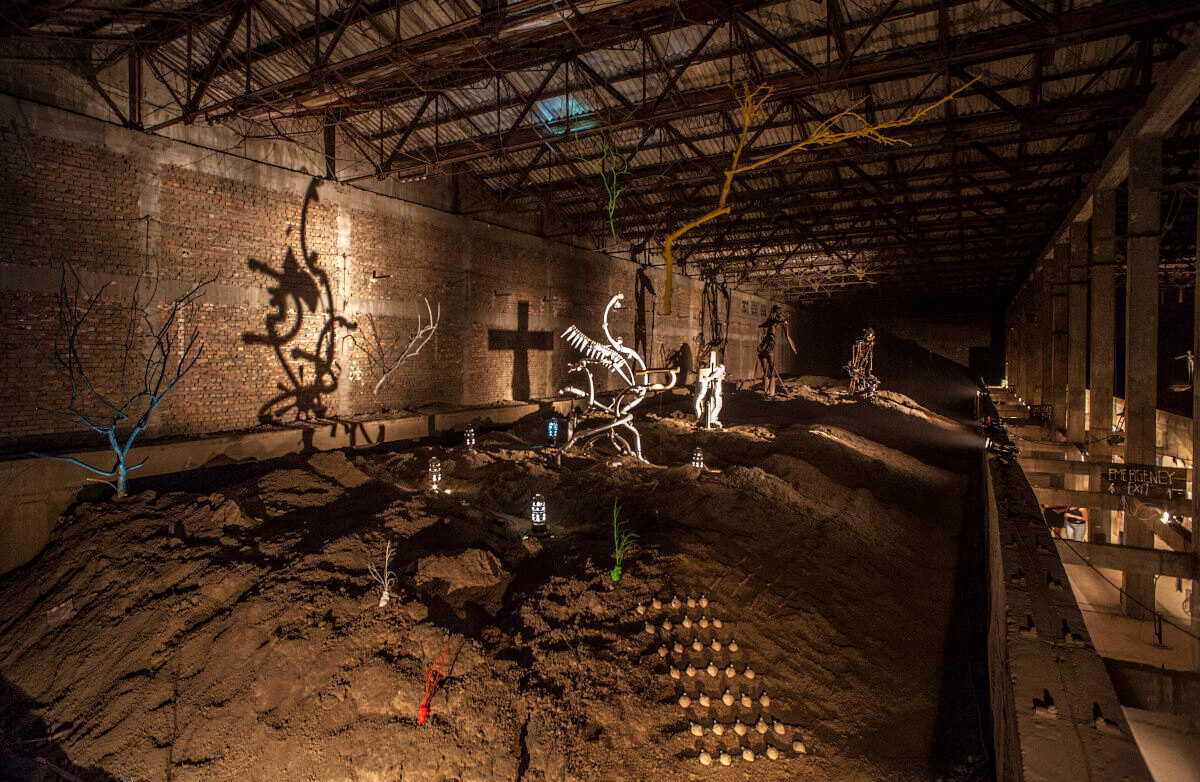 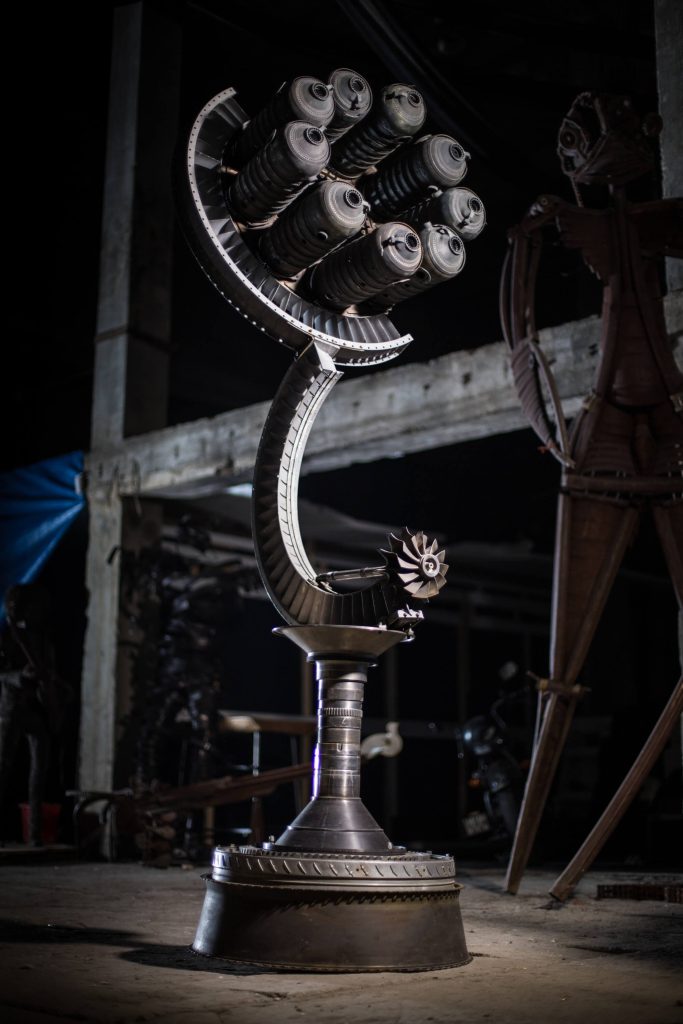 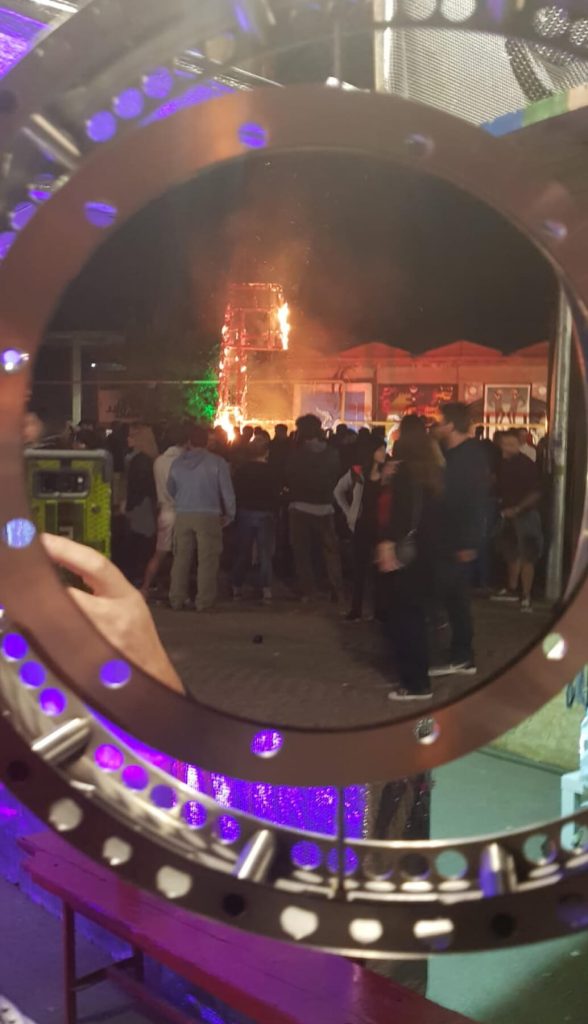 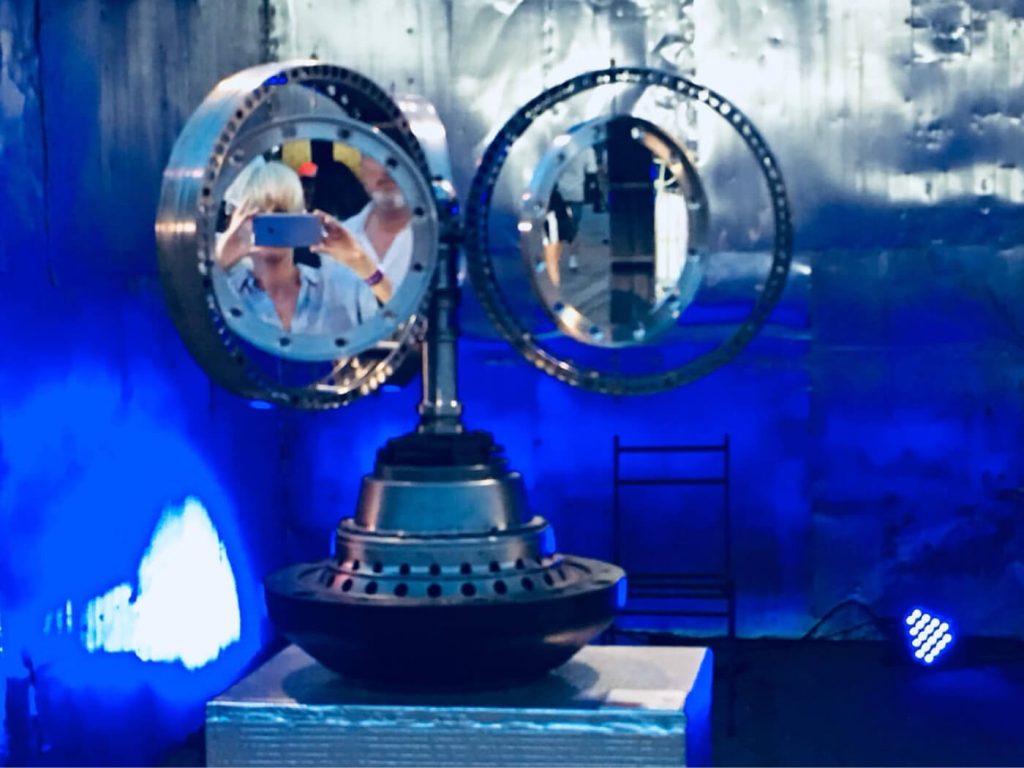